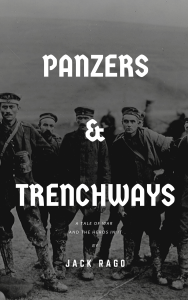 Two German soldiers in World War I and World War II risk their lives for the people they love, not seeing the same enemy as their superiors.

Panzers & Trenchways is the debut novella from 13-year-old student, Jack Rago. After studying about WWI and WWII in school, Jack began to wonder about the soldiers wrapped up in the war who wanted nothing but to protect their families. He created the characters, Adolf and Peter Günter, a father and son, who struggled with the evil mission of the Nazi party.

On Tenterhooks by Elizabeth Rago

Synopsis: A story of hope despite the hand you’re dealt, On Tenterhooks is the story of Lucy, a job-hopping and scattered young woman, and her best friend Claire, a brilliant entrepreneur and single mother. Their lives simultaneously come to a halt when they discover the diary of a young woman hidden in the walls of Lucy’s Chicago apartment.

The story reveals all too similar parallels to their own lives and comfort knowing women (no matter what era in which they are living) all wrestle with similar struggles.

On Tenterhooks, is also available at the following retail shops:

Recently divorced, Elizabeth and her two teenage children, Tim and Renee, move into a new home and begin to experience strange happenings in their 100-year-old cottage. 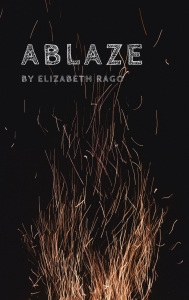 I loved this novella. I was so sorry to see it end. Great characters and story!

On Tenterhooks is a beautiful story about friendship and the everyday struggles that women face. The story takes place in present-day Chicago. But, when Lucy discovers a journal hidden in a wall in her apartment, she also learns of another woman’s story from the past. Bottom line-I LOVED IT. There are some truly beautiful descriptions and the characters! Lucy and Claire felt real. And, granny? Adored her. It was one of those books that I looked forward to going back to like a warm cup of coffee. The trials and tribulations of the women truly resonated with me. I think this novella will appeal to women of all generations.